It's Been A While

Well, we are still here...obviously. Another year past 58 but Hey! Who's counting, right? Again, the basic premise of 8 yo 58 is that these are the "coherent years" for most of us. The years we can most readily recall events, places, people, and other "stuff" (if you need more clarity on stuff...try a search of George Carlin on the topic). Like, "Eh, you remember wen we was (fill in the blank) with (another fill in the blank) at (you got it)." It is really easy to answer this if it happened from age 8 until 58. But go before that or after and we are (most of us anyway) in trouble! So... what you got?
Posted by d1shima at 6:39 AM No comments:

This is what Friday Night Lights have become?

No more phone trees to setup "cruise sesh's"
No more perusing the closet to make sure the selection of shirt matches the slacks matches the sox matches the belt matches the shoes...
No more quick check of the ashtray for loose change to see if get "nuff to buy gas"
Nope.
There is nowhere to go...nothing to do... no one to see...
It's all quiet once the sun goes down.
Once that last person is done with the shaka at the end of Joe Moore's 6 o'clock report, just finish eating and mail it in.
Last one in get the lights, eh?
Posted by d1shima at 8:34 PM No comments:

Do you remember being 8-years old? I do.

3rd grade. Mrs. Kang. Upstairs in the old building next to Fort Gakuen. Sky inning before school and at recess. No time after school because you didn't want to be late for Japanese school and face the ire of the likes of "Bulldog Sensei" or "Dynamite Sensei"

The big event during the school year was the luau...at least 20 pigs in the imu. They all went in the ground in the afternoon after the backhoe brought the lava rocks from where they were stored and the kiawe wood was piled on top of them. The fire burned and the smoke burned your eyes if you stood downwind.
Each pig was wired up to receive its share of hot rocks in the cut out body cavities then the wire cage was shut and the whole thing was lowered in the imu with the backhoe; covered with banana stump then leaves and burlap bags then finally, covered with dirt. Carefully, so no steam could get out.

The vigil lasted all night checking for steam.

Then the payoff came early the next morning when everything got peeled back and the backhoe lifted each wire cage out of the imu and placed its pig in a large wooden tray. Open the cage; dump out the pig; grab a bone and start shredding (try not to sample too much!)

My Mommy helped make the haupia with some other Moms the night the pigs went in the imu. Meanwhile other groups made the lomi salmon and another the poi, etc.

We Gotta Fix This

I read this attached to an email I received today from the Grassroots Institute.

It was tough reading this but so worthwhile. I hope it brings the issue to the forefront for you as well.

Regardless of where you are on the political spectrum, if you live in Hawaii this must be personal to you because all of us know or know of someone like Malia Blom Hill. She is an ex-pat who does work for the Grassroots Institute in Washington, D.C. and penned this:

It's not hard to meet someone who has been to Hawaii. I've had enough conversations about people's honeymoons in Maui to last a lifetime. But you endure it for those rare moments when someone throws you a lifeline: "No, I'm from Pearl City/Lihue/Hilo." And then the inevitable: "We moved out here for my job."We're the Hawaii expats. The ones who bring pancit and haupia to potlucks. Who roll our eyes when we hear about how some trendy chef downtown is making "upscale" spam musubi and poke. And who -- more than anything else -- want to come home again.According to the Census Bureau, more families than ever before are leaving Hawaii for the mainland. And according to the IRS, most of them are leaving for states with lower tax burdens. (Although, technically, most states have lower tax burdens. And that's before we get into the issue of average salaries.)There's no mystery about why we leave home. We have to. We can't afford to do otherwise. The cost of living in Hawaii is prohibitive. Not only do you have to contend with high taxes, but there's also the hidden costs, the way that everything -- from milk to filling up your car -- is just a little more expensive.But there's something else going on, and it's something that should worry Hawaii policymakers a whole lot more that it does. It's the absence of opportunity. No one wants to leave home -- at least, not when your home is a paradise. But young people and families are looking at the employment opportunities and the economic future and saying, "I don't think I can make it here."And watching Hawaii policy in action doesn't give anyone the feeling that things are getting better. Instead, we see huge spending projects (like Rail), taxes upon taxes, bigger government, more union power, and a complete surrender to the politics of obstruction (e.g. the telescope, GMOs, etc.). It doesn't make you hopeful that things are going to change anytime soon.So we go where the jobs are, where we can afford a house and a nice life. But we're always on the lookout for those reminders of home. We send each other YouTube videos from Merrie Monarch festivals and try (and fail) to make malasadas and manapua. (Well, maybe that's just me.) And when we run into each other, we always have the following conversation:"So, do you think you're going back?""I want to. Some day. Maybe when we're older and the kids are done with school.""Yeah. Us too."The other day, I spent a full hour on YouTube, watching May Day hulas from different high schools and thinking about all the things my kids are missing out on by growing up so far from Hawaii. I thought about the sense of 'ohana, the warmth of the aloha spirit, and the way that the sun looks when it sets over the ocean. I remembered the way that the Honolulu airport always smells of plumerias and airplane fuel, and how you distinguish between dressy and casual slippas. And then I did what I always do ... and what the thousands of other locals away-from-home do too. I remembered the reasons why I can't move back. Not yet, anyway.Maybe someday.
Posted by d1shima at 1:13 PM No comments:

In no way am I condoning this behavior however, it seems that these events point to a spreading issue of a breaking point that is occurring at the point of contact between the corporations running the airlines and the people that they serve.
Mergers and the resulting reductions in the flight schedules have forced flight crews to constantly deal with overbooked flights, gate-scrambles to off-load and reload passengers, flight delays that daisy-chain down the line and through it all, it creates surly, unhappy passengers who are stuffed into closed metal tubes for hours with the only available face to vent...a flight attendant who has been called in on a day off to fly to another city for another week away from home.
We all booked our flights on websites with images of happy, friendly faces who we just saw laughing and playing on a web ad or the TV and expect that kind of reality when we get to the airport where we face long check-in lines, government agents who probe us and our belongings, stuffy waiting rooms, and over-priced food/drinks...then we board!
Be grateful if you are greeted with a smile when you do get on board and if not, keep in mind that it's not personal...they are just as frustrated as you.
Posted by d1shima at 3:38 PM No comments:

We had our annual company party on Friday night. It was my department's turn to host the event.

The party ran smoothly for the most part with just a few hiccups during the evening.

Thankfully, people on my staff are usually the ones involved in major parts of the logistics year after year which made many of the party functions able to run in cruise control as much of the nitty-gritty "how-to" stuff was handled nearly by rote.

I heard many favorable comments about the evening from all levels of employees and management about how well the party ran and how enjoyable it was. Most of that was due to, as in many successes, hard work and dedication of a few people who labor out of the limelight.

In the planning meetings I found frustration in the push back I got from senior management to any ideas of doing things "out of the norm." In fact, I had complained privately to some that the planning could be done from a manual with the same procedures done time and again. One after another, my ideas were shot down and seemingly, the event was destined to be much of the same old, same old as many previous parties.

As the evening was concluding I noticed that our company founder, his son, the current company President and the others at the VIP table remained throughout the party. I had thought that at some point because of his advanced age, at least he, and some others, would have called it a night earlier. After greeting him when everything was done he seem very pleased that things had turned out so well and it occurred to me the true purpose of the party and the amount of dedication he has fostered in the organization.

The resistance I was getting was because of an unspoken thing that the party needed to be like others in the past...ones that he had attended and probably enjoyed. The party is always said to be for the employees and to recognize their efforts from the prior year. That is the way he would want to do it himself. Those closest to him "get" that and work to be sure those parts of it is always there...a little entertainment, recognizing employment milestones, the look on their faces when they win big prizes, some money getting spread around and general merriment and satisfaction at being there.

The way he would do it himself. These are things that stick in even the cloudiest of memories and as long as he chooses to attend the parties he deserves to have that sameness in these parties.
Posted by d1shima at 6:50 AM No comments:

Watched this video this morning.

Thoughts?
Posted by d1shima at 5:28 PM No comments: 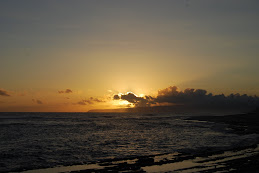